Rolling Stone, the iconic pop culture inspired magazine is back, bigger and better than ever launching its 10th international edition with ‘Rolling Stone Australia’ in May 2020.

To launch Rolling Stone Australia magazine, Rolling Stone has partnered with the Brag Media, Australia’s top music and entertainment publisher, which reaches over 5.3 million Australians per week. Led by CEO Luke Girgis, the Brag Media oversees titles such as The Brag, Tone Deaf, The Industry Observer, and Don’t Bore Us. Rolling Stone is the most iconic music brand of all time and has meant so much to music, entertainment, and politics for over 50 years. We are extremely privileged to have it join The Brag Media family. The Brag Media will not only launch an Australian vertical on rollingstone.com, but we will also be representing all the Rolling Stone Australian audiences across the international sites and social media accounts. – Luke Girgis, The Brag Media

Rolling Stone Australia magazine and online platform will feature a mix of original and syndicated content most relevant to local readers. The local content strategy will be spearheaded by Managing Editor Poppy Reid and editor Tyler Jenke. Poppy, shares her uplifting thoughts on magazine’s launch.

Now is the time to engage in art that feeds the soul.

Rolling Stone Australia is interested in telling the full story.

The celebration and discussion of art and culture through a tangible format offers a certain prestige that online could never achieve. – Poppy Reid, Managing Editor, Rolling Stone Australia

With the brands long history, it applauds itself on its ability to not only celebrate and discuss outstanding artists, but also unlock and represent the defining spirit of the local music industry.

This new partnership in Australia, where Rolling Stone has a rich history, allows us to give readers in this important market access to the brand’s unparalleled editorial content and world-class live events. – Gus Wenner, President & Chief Operating Officer, Rolling Stone

The first edition of the magazine features a never-seen-before export story on the global sensation and Australian artist Toni Watson know as ‘Tones and I’. But the cover story isn’t really about her ascent, anyone with access to the internet has a fair idea of how global she is. It’s more about Toni Watson, the woman, the artist, and the casualty of Australia’s tall poppy syndrome.

Tones And I represent a new never-before-seen music industry blueprint of an alternate pathway to success.

The savvy church has quietly turned its worship program into one of Australia’s biggest music exports.

Lar Brandle on COVID-19’s impact on the music business.

It’s an extraordinary mess out there, but the music industry of today has weathered the toughest of storms.

Other features uncover the painful truth about Australia’s strip-search laws, the scariest serial killers in Australian history, and how China’s punk musicians are weathering the COVID-19 storm and much more.

The magazine is back and better than ever before, but this time around, sports plays an integral role in the editorial mix.

Fancy a great read that is dedicated to telling the unseen side of Australian sporting culture including the stories behind the athletes? We’re going behind the scenes; Rolling Stone has you covered.

Sport is extremely important to Australian culture, so we plan to tell that story. We are less interested in the week to week results or form guides, and more interested in the stories behind the athletes and codes. – Luke Girgis, The Brag Media

If you’re looking for a read that provides a realistic perspective on local socio-cultural events & issues then look no further.

Rolling Stone Australia is interested in telling the full story. Rolling Stone has always been about a lot more than merely describing how new music sounds and telling you who’s doing what. – John Watson, Artist Manager

As the COVID-19 pandemic places a strict ban on gatherings and several territories close their borders, Australia’s music industry is in meltdown.

First bushfires, then floods, now this. Australians have literally weathered a storm, but the coronavirus pandemic is a next-level problem, one that threatens lives and, in one plausible scenario, could unravel the music community.

Australia’s gig economy is the stuff of legends, the birthplace of AC/DC, INXS, Violent Soho, and many thousands more. Including all aspects of live entertainment, from festivals to classical and 4,000 performance spaces, worth about $4 billion… Hit Article LINK.

Due to everything that’s going on in the world, we have had to postpone its release,” DMA’S explained in a message posted to social media.

Months after revealing their long-awaited third album was set to be released in April, DMA’S have announced the postponement of the record.

First teased with the release of lead single “Silver” last year, the excitement levels for DMA’S third album, The Glow, have been high. Further adding fuel to the fire after sharing “Life Is a Game of Changing”, the trio’s fans have eagerly been awaiting the release of this Stuart Price-produced masterpiece. Hit Article LINK. 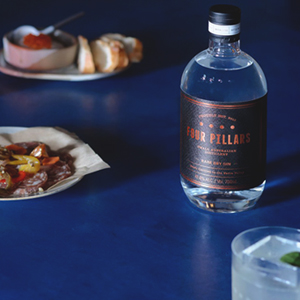 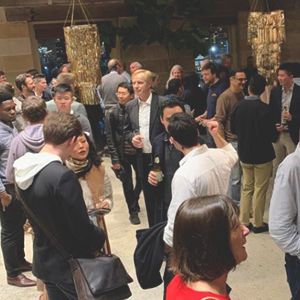 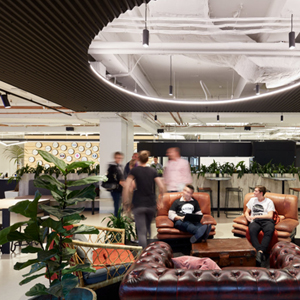 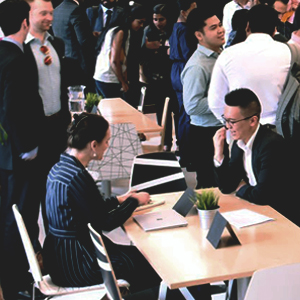 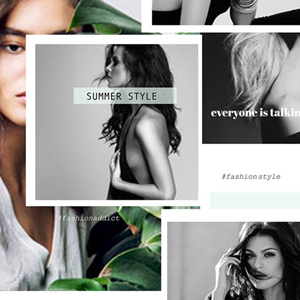